I am joining Two Writing Teachers for the Slice of Life Story Challenge.  I appreciate this space for writers to tell their stories and connect with each other.

Keith and I have been married 33 years (our anniversary is Friday) and we have never once left on time for vacation.  Today was a first.  I have to give credit to Autumn having a 10:00 appointment on the north side of Columbus, so we HAD to leave by 9:30 to get her to her appointment.  We gathered snacks, packed the car, and did  a quick sweep of the house to make sure we hadn't forgotten anything.  We were on the road at 9:34, made it to Autumn's appointment with time to spare.  An hour later, we were on our way to Nashville, our stopping point for today. 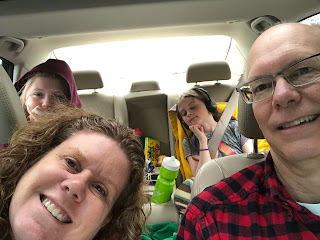 We thought we were so smart...leaving a day earlier than planned to beat the winter storm that was approaching central Ohio.  We settled in, eagerly anticipating warmer temperatures and sunnier skies.  Today is the first day of spring and we were ready to get to springier weather. 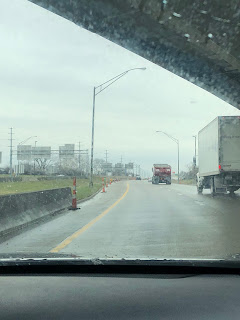 Unfortunately, spring was nowhere to be found.  Two hours south...rain and falling temperatures. 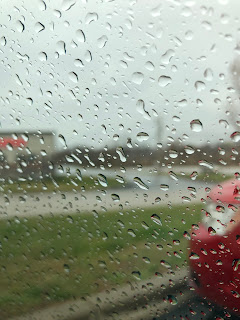 Four hours south...rain and snow mixed.  It was officially colder in Kentucky than it was in Columbus, Ohio. 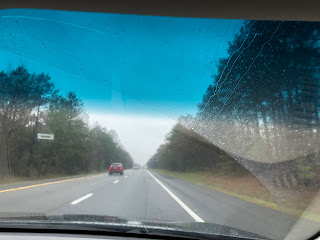 Six hours later...we had real snowflakes.  This driving was getting old.  We were about 45 minutes from our destination when our nice Google Map lady told us that there was a traffic delay and rerouted us around the city, adding another 50 minutes to our trip.  At this point, Destiny pulled out her book, Are We There Yet and began to read to us. 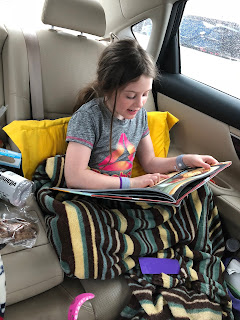 I am happy to say that we made it to our hotel safely.  The girls are tucked in bed, and we are soon to follow.  Tomorrow's another early day to be up and ready to travel.  Hopefully, our search for spring will bring better results.