We are joining Cathy Mere, Mandy Robek, and Julie Balen  in celebrating #nf10for10.  I began thinking about my favorite nonfiction books a couple of weeks ago and I didn't know if I could narrow it down to 10.  So, instead, I decided I would focus on some of the new nonfiction that I've added to my classroom this school year.  Check out Cathy's blog for links to all the other blogs participating in #nf10for10. 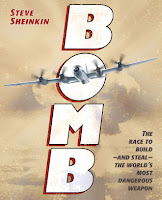 Bomb:  The Race to Build -- And Steal -- The World's Most Dangerous Weapon:   Steve Sheinkin won the Newberry Honor Award for this wonderful book.  Told in narrative, the book gives the reader a glimpse into the race between the US, Norway, and the Soviet Union to build the atomic bomb.  I learned about espionage, the science behind the making of the bomb, and so many interesting characters. 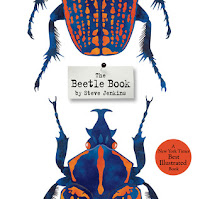 The Beetle Book:  Steve Jenkins is one of my favorite authors. His books are always favorites of my students' and this one follows suit.  The first line, "Line up every plant and animal on earth...and one of every four will be a beetle," catches the readers' attention immediately.  Information about beetles' senses, life cycles, defenses, and communication is written in short paragraphs next to beautifully detailed collage illustrations of the different beetles.  This book is always in somebody's hands. 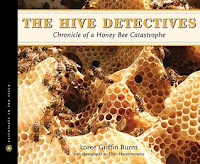 I've discovered Scientists in the Field Series this year thanks to Franki Sibberson and Goodreads.  The latest edition is The Hive Detectives:  Chronicle of A Bee Catastrophe.  The kids clamored over who would get it first as I opened the Amazon box.  This book, full of amazing photography, chronicles the study of scientists around the world as they try to figure out why bee colonies are disappearing.  There are many interesting facts about bees that will keep readers going back for more information. 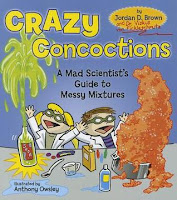 Crazy Concoctions: A Mad Scientist's Guide to Messy Mixtures by Jordan D. Brown made it into my classroom because we are beginning our Science unit on matter.  This book, full of science experiments, scientific explanations, and a lot of humor is going to get a lot of use in our classroom. 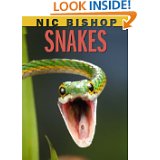 Nic Bishop's books are also favorites in my classroom.  We received Nic Bishop Snakes as a gift.  The photography is stunning and the factual information is fascinating.  This book is never in the Reptile basket because it's always in somebody's hands.  I have a couple of boys doing research on snakes and I know this book will be very useful. 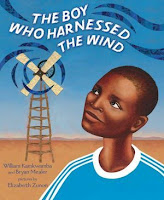 I got The Boy Who Harnessed the Wind after reading about it on Goodreads.  We began the school year with a focus on making a difference and I looked for books about people (especially children) who made a difference in their communities.  When William Kamkwamba's Malawi village was hit by drought, the community's crops began to fail.  He spent hours in the library and eventually devised a plan to harness electricity.  He build a windmill using junk parts.  Because of his work, windmills were installed and crops in the village received much needed irrigation. 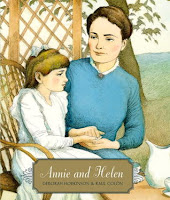 I have always had an interest in Helen Keller and her teacher Annie Sullivan.  That's probably one of the reasons I went into deaf education as an undergrad.  Annie and Helen by Deborah Hopkinson is a beautiful book that tells the story of the relationship between Helen and Annie. What makes this book unique is the excerpts from letters Annie wrote to those back home that tell about her struggles with Helen.  This is just one more picture biography I've added to my library this year. 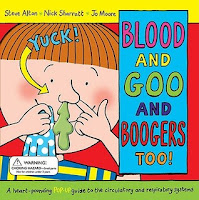 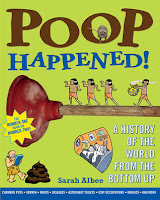 The next two books found a place in our classroom library when we were studying the digestive system.  As you can imagine, anything with the word "poop" and "boogers" in it, is very popular with fourth graders.

Poop Happened:  A History of the World from the Bottom Up

Blood and Goo and Boogers Too:  A Heart Popping Guide to the Circulatory and Respiratory Systems

I got Titanic:  Voices from the Disaster for one of my boys who is an expert on the Titanic (and other ships).  The book is filled with old photographs and stories from the survivors.  Again, the narrative draws the reader into this time in history.
Labels: Favorite books Nonfiction