Getting Lost in the Data 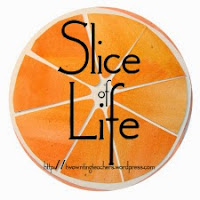 Thank you to Two Writing Teachers for hosting Slice of Life Tuesday.  Please visit their site to read and comment on other Slice of Life stories.


G is a first grader who's going through the RTI process because he has difficulty with writing.  He's lucky.  He has an enthusiastic teacher who stops at nothing to help him make progress.  She recently asked me if I would work with him.  He balks when it's time to write.  He has great ideas and can tell a story with great detail, but he shuts down when it's time to write.

Of course, I agreed.  Time to work with a student on writing?  How could I say no?

He came back to my office with me readily.  His teacher had told me that he had been out in the hall working with an older student earlier that day and the two of them were laughing and laughing.  I thought maybe that would be a good thing for him to write about.  It was fresh in his mind.  He obviously had been having a good time.  And I was right about there being a story to tell.  He regaled me with the details about what had happened in the hall, laughing through the whole story.

Then it came time to write.  He retold the story on his fingers.  He touched the paper as he told the story again.  He wrote three words and then he stopped.

He stared at the paper.

He stared at his pencil.

And here is where my heart broke.

Oh my gosh.  That's a pretty profound statement coming from a 6 year-old.  It's never correct even after you write and write and write.  How must that feel to work really hard at something and feel like the end product is never going to be good enough?

I asked him why he thought it was never correct and he replied, "I can tell by looking at it."

And some people might agree with him:  It's hard to read his writing; he spells phonetically, so many of his words are misspelled; and he doesn't put spaces between his words.

But, I had to disagree with him.  There is so much right with his writing.

He has ideas.
He can tell a story with a beginning, middle and end.
He hears sounds in words and is able to write letters  that represent those sounds.
His pictures match the words in his writing.
He can label his pictures.

Does he have room to grow?  Absolutely. 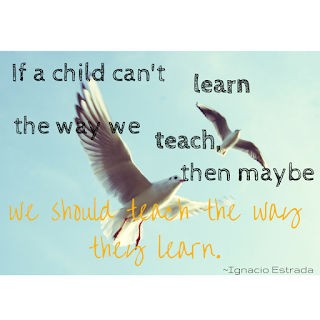 We'll be sitting down around the RTI table later this week to talk about G.  His teacher's got data.  We've counted how many words he writes in a 15 minute time  period.  The charts are ready to go.

But this is where I struggle.  G is more than what this one set of data shows.  And we aren't going to make much progress if we only focus on what he's not doing.

I believe with all my heart that we have to begin with what G is doing right. And it's up to us, his teachers, to help him recognize those successes.  We can't give up on this boy.  We can't attribute his reluctance to write as stubbornness or a behavior issue.  It's our job and responsibility to dig deep and figure out how to help him.  And we may just have to get a little creative and think outside the box.

We have to be the voice of reason.

It's up to us to make sure they don't get lost.