Thank you to Ruth Ayres for providing this space for us to share our celebrations.  I am happy to be back posting this fall Saturday afternoon.

Today we are moving my in-laws to Cleveland where they will live with my their daughter and her husband.  As I am sitting here in the living room, waiting for my mother-in-law to get home from the hospital, I can't help but marvel at all the love and laughter this house has seen.

They moved here 57 years ago last Saturday.  Shirley tells me that the walls were chartreuse throughout the house.  Apparently, it was the builder's special color.  Kirk was three and Kathy was two.  Grant was a young electrical engineer and it was hard to find a house in Ashtabula, the town was booming.  Two years later, they brought home a new baby, Keith (my husband).  They raised three children in this wonderful house with three bedrooms and one bathroom.

Today's been a day of remembering...


Today I celebrate this house that has been filled with love and family.  And I celebrate that Shirley has come home and is feeling better.  That's the best celebration in the world. 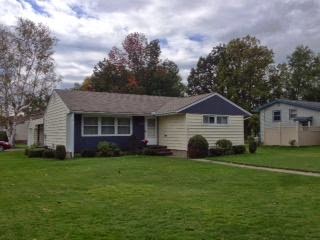