Jumping In to Back Channeling

I read Cathy Mere's post yesterday about back channeling with her first graders and knew I wanted to try it with my fourth graders.  I've been a little frustrated lately during read aloud.  Many of my students seem disengaged and  doodle in their reader's notebooks instead of putting forth much effort in writing about their thinking.  As is often my style, I decided to jump right in.  It isn't the first time I've followed Cathy's advice by throwing caution to the wind and just diving into a new project.  (That's how I started blogging with first graders many years ago.)

I've seen the benefit of back channeling in professional development settings.  When meeting with my writing group via Google Hangouts, there is as much conversation going on in the back channel as there is in the main conversation.  I imagined the same thing would happen when my fourth graders could share their thinking with each other.

The whole process was so easy!  I opened a room in TodaysMeet as the kids cleaned up from indoor recess and got ready for read aloud.  We had Chrome Books today, so everyone had access to technology.  They got signed in, I explained the process and we got started.  Here's a quick tutorial on how to set it up.  Wow!  It was amazing.  Every single child was engaged at a whole new level as I read our book A Snicker of Magic by Natalie Lloyd. 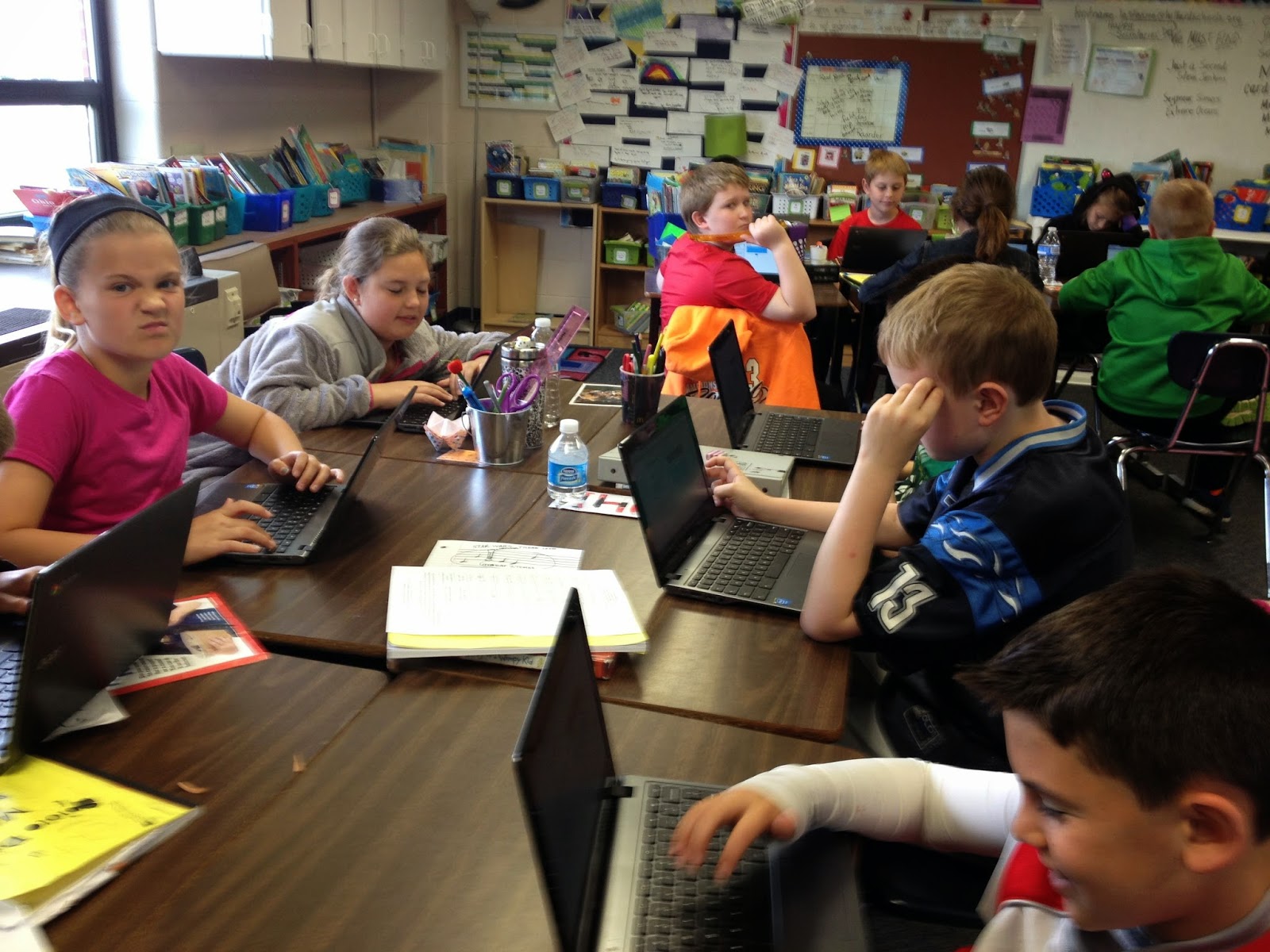 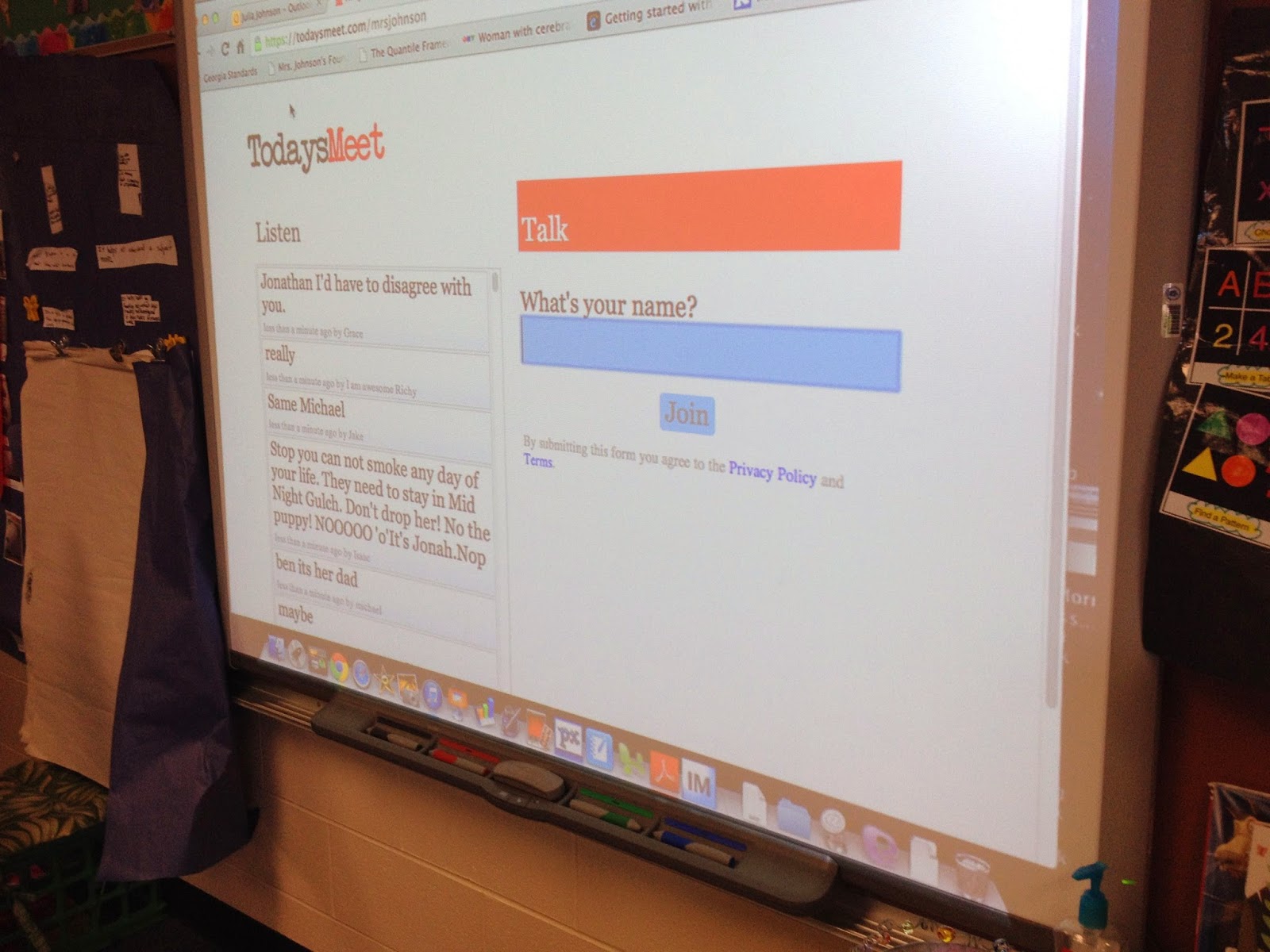 I stopped after about 10 minutes to talk about the process.  The kids were bursting with enthusiasm.  Here is some of what they shared.

"It's like we can have a conversation with each other while we listen to the story."
"Sometimes, someone says something that makes me think of something else."
"I can talk back to someone who is thinking the same thing as me."
"I can ask someone a question if I don't understand what they are saying."

One student noted the challenge of trying to follow everything everyone was saying.  I told them it's like a Twitter chat.  So much information comes at you, that you have to give yourself permission to not read all of it.

We got back to reading and before we knew it, a whole half hour had passed.  We had to move on.  Here's what I liked about using TodaysMeet with my students:


I'm already thinking of other ways to use TodaysMeet in our classroom.  I'll definitely be using it during read aloud again.